So many people have asked me what happened to young Lida Harding. It seems appropriate to tell it in pictures.

Lida married William Henry Downing, a neighbor. Their fathers served together in the 106th out of Logan County, Illinois. His father died at Pine Bluff, Arkansas. He never knew his father. According to William Henry’s obit, they went to Springfield to marry. No marriage record exists in any county in Illinois. Did the minister fail to return the marriage documents or was it lost? We will never know. 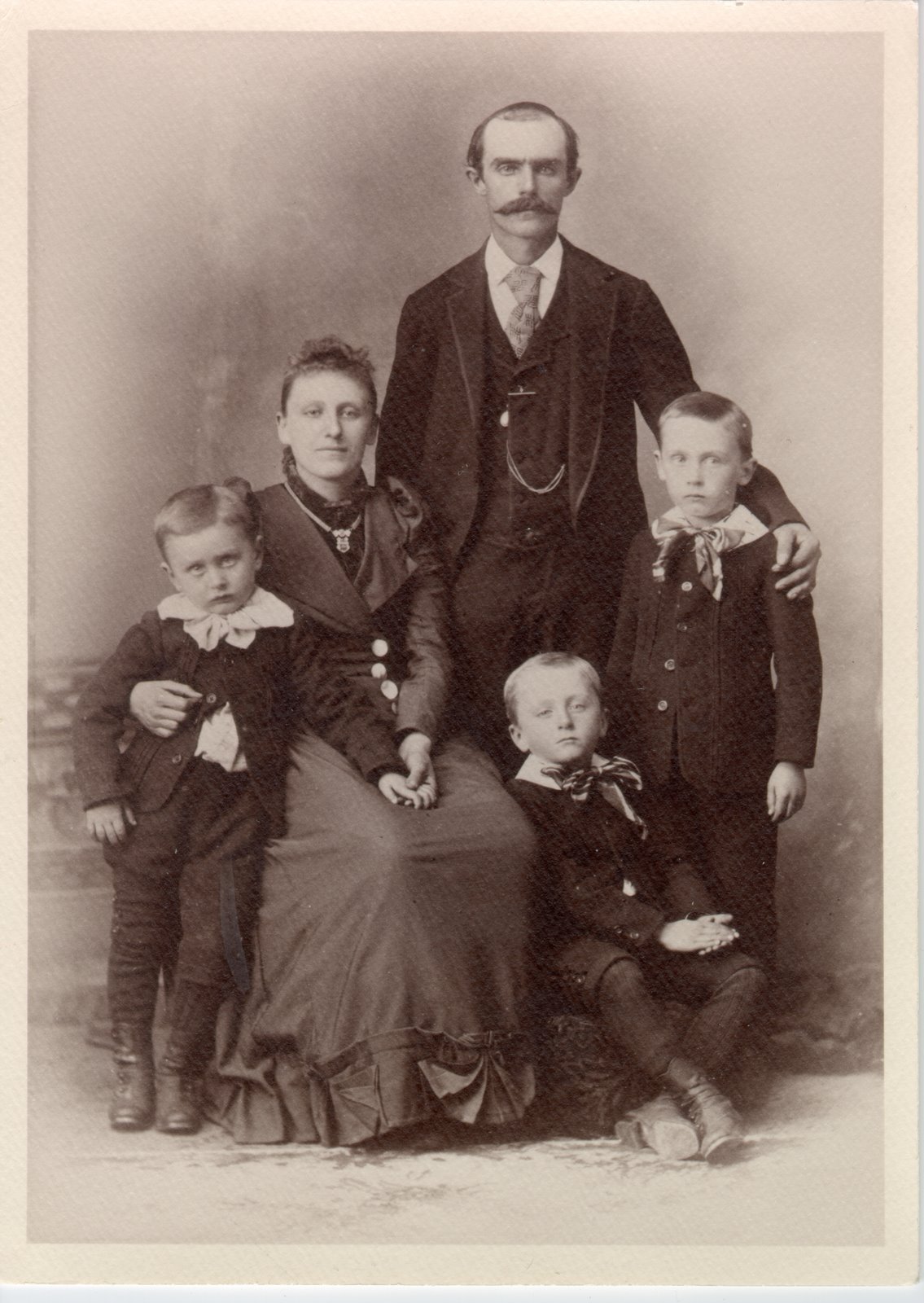 They moved to a house on William’s land northwest of Mt. Pulaski. William built a new house on the land and about 1900 the family, William Henry, Lida and their four sons: Clarence, Ellis, Ennis and Floyd moved in. Clarence and Ellis got typhoid in the epidemic of 1903. William helped nurse his sons and caught the disease. Clarence and Ellis survived by William did not. He died, ironically, of the same disease that killed his father at Pine Bluff. Lida was left alone with four sons. The picture above does not include Floyd who was 7 when his father died.

On January 19, 1910, in a double wedding, Clarence married Lena Drake and Ellis married Ethel Ryan. The brides were friends. Ellis met Ethel on her 16th birthday at a dance at the Mt. Pulaski Christian Church. The adult Downing boys, who came from a line of Methodist ministers, had left the Methodist Church because they liked to dance and play cards. The Methodists frowned on both at that time.

Ellis and Ethel moved into the house and Ellis took over farming the land. Clarence and Ennis went into business. Eventually Floyd joined the US Postal Service.

Lida wrote: Our honeymoon was spent on the Rupp farm out in the vicinity of Latham where we lived 6 yrs. then we moved to the Rupp Home near Mt. Pulaski where we lived 5 years. When Johns father died and as he had willed this farm to his wife her lifetime we then had a sale & moved to Mt. Pulaski living here almost ten years when John Passed on to the other world, Apr 18th 1935 with mystery surrounding his going. 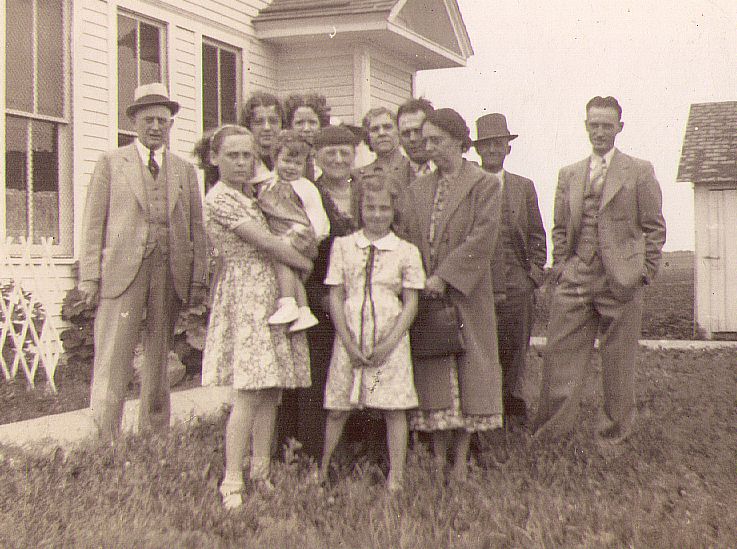 Lida continued to live in town after John’s death. She spent her time with her children and grandchildren. As she had done throughout her life, she failed to follow all the rules. She died on St. Patrick’s Day, 1942.

One thought on “Lida’s Life”