Lida Harding Downing’s mother Mary Ellen was a Clark. Her father was Rev. Richard Clark, son of Rev. David Clark and Sarah Winans. Her mother was Margaret Clark, son of John Winans and Ann “Nancy” Isgrig Clark. John and Rev. David were brothers. Did I mention the mother of Rev. David and John Winans Clark was also a Sarah Winans and their father was also a David Clark? You really need a genealogy program to keep the Clarks [and Winans] straight.

The Clarks, whether ministers or not, were active in founding Methodist churches. David, John and another brother Isaac came to Illinois in the 1820s, spreading the word as they had in Ohio. Isaac went to Fulton County. 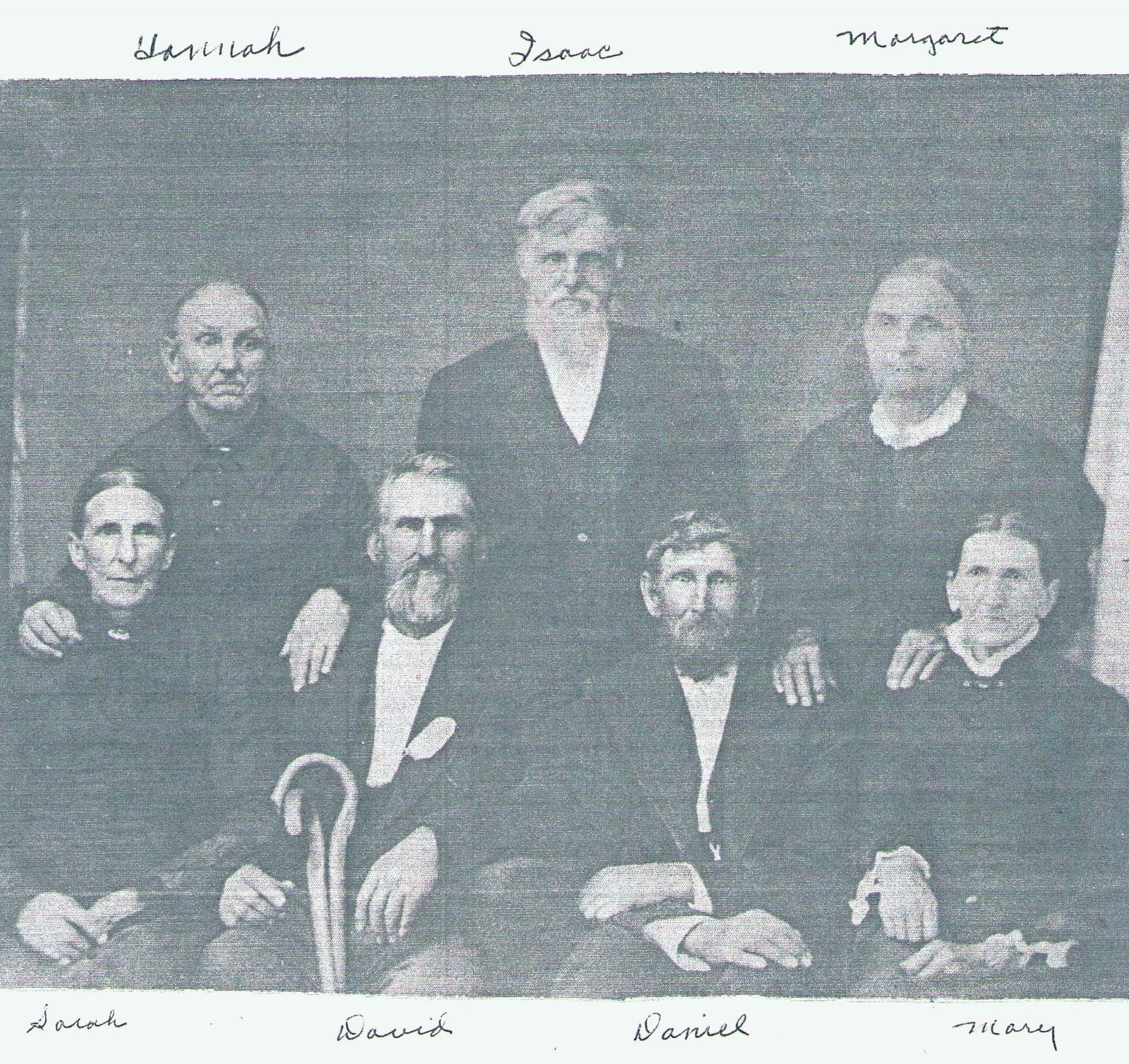 The above is said to be the adult children of John Winans and Ann “Nancy” Isgrig Clark. That would be Margaret on the right in the back. If it is those children [and it most likely is] they did not age gracefully. Margaret died in 1867 at the age of 59. Hannah had died the year earlier at the age of 61. That means the picture was taken before October 1866. Hannah and Margaret were the oldest so those “old” men were even younger as were the other women. Mary, in the lower right hand corner, would only be 44.

John Winans Clark died in 1859. The Rev. David and Sarah Winans Clark had been dead for more than 12 years by then. Ann “Nancy” Clark died on December 8, 1867, and her daughter Margaret Clark Clark died less than two weeks later on the 21st. Lida was not yet born. This may account for the lack of strong connection to the Clarks that is obvious is some later correspondence.

One thought on “Some Old Clarks”