Delilah Downing Downing Shellhammer was the youngest child of Robert Downing whose probate was previously discussed. I had never considered that she had a will or probate but I found it in the probate records posted online at FamilySearch. These probate files are more work to collect, not being word searchable, but they are also free. Help with the records. 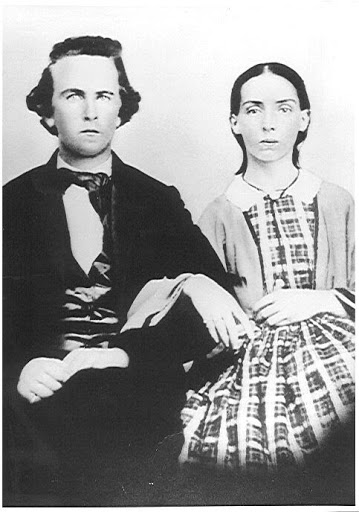 Delilah died June 22, 1909. She first married William Nelson Downing who died in the Civil War. She then married David Shellhammer. She had a son, William Henry Downing, by her first husband. William Henry died in 1903 leaving four sons. She had two sons, James and Albert, and two daughters, Sarah Jane Shellhammer West and Augusta Shellhammer Park, by her second husband.


Delilah very carefully and specifically divided her property into fifths giving one fifth to each child and the remaining fifth to be equally among the heirs of her deceased son William. Her estate consisted of her personal effects and furniture and land in Section 1, Mt. Pulaski Township. She directed that one heir buy out all the others and that the others cooperate to do that.


Finally she named T. A. Scroggin executor of her will. There were no claims against the estate. Everyone cooperated and probate closed November 1, 1909.


Some of Delilah’s descendants should have taken a lesson from her will.