William Henry Downing’s probate file came from the Logan County Circuit Clerk. Parts of it could be found at IRAD and the whole probate would be in the FamilySearch files.


On December 2, 1903, in the typhoid epidemic, William Henry Downing died. He was the only child of William Nelson Downing, who died in the Civil War, ironically of “typhoid pneumonia,” and Delilah Downing Downing. He was 40 years old, not expecting to die and had no will. 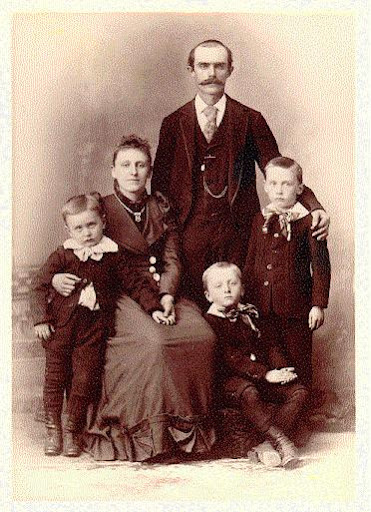 His heirs were his widow Eliza Harding Downing, sons Clarence, Charles Ellis, Ennis and Floyd. Clarence was 17 and Floyd was 7. [Floyd isn’t in the picture.]


The widow was named Administrix on December 8, 1903. David Shellhammer, husband of Delilah Downing Downing, and James Shellhammer, Delilah’s first son by her second marriage, stood as sureties. Appointed as appraisers were Lewis Upp, Charles Brooker and William Beckers, all three very close neighbors. Brooker would become the father in law of the eldest son Clarence. Upp was married to a Lincoln, descendant of the same immigrant ancestor as the more famous Lincoln. 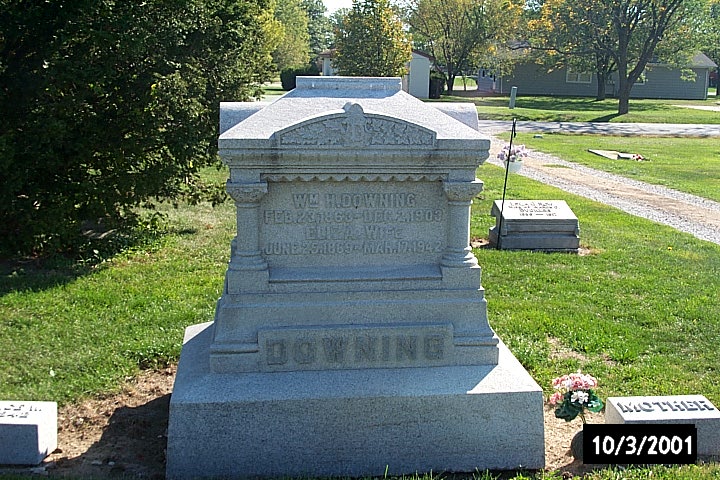 The land apparently passed separately. It is not mentioned. Each son received 80 acres which was farmed by son Ellis until the early 1970s. Most of it is now farmed by his grandson, Roy Downing.

Do not rule out any records. From the election records I found the following list of voters for Union Precinct [a precinct name I was not familiar with] on August 2, 1824:

I don’t know where Union Precinct was but I recognize a lot of Logan County names including ancestors and collaterals who were living along Salt Creek at that time as well as people living in the south end of the county in the Lake Ford area. Presumably at that time polling places were few and far between.